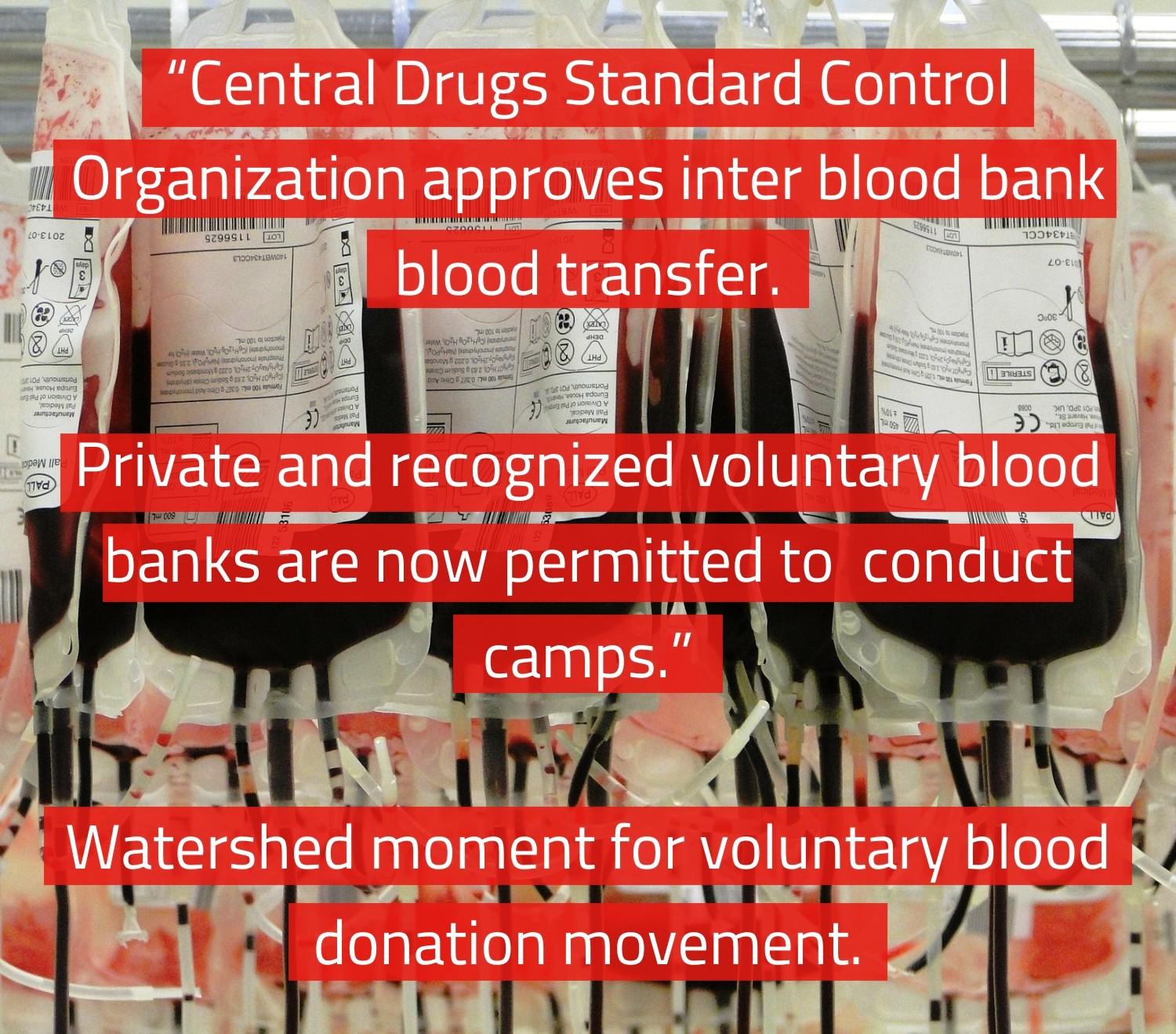 In Volume 6 Issue 4 (April 2016), Sankalp Patrika had reported that "Bulk transfer of blood between blood banks of all sectors permitted by NBTC". This one decision cleared a large number of roadblocks in the path of proper utilisation of blood. In-spite of the decision from National Blood Transfusion Council, and endorsement of the decision by several state blood transfusion councils, several blood banks were reluctant to utilise the new provisions as the Central Drugs Standard Control Organization, the regulator of blood banks in India  was silent on the issue. We are pleased to inform our readers that government has amended the amend the Drugs and Cosmetics Rules, 1945 on April 3rd 2017 with the gazette notification number, permitting the transfer of blood from one blood bank.

Both these decisions are nothing short of a watershed moment in the path to achieving the national goal of 100% non-remunerative voluntary blood donation by the year 2020. With the government taking note of and allowing two significant demands of the blood banking community, the impetus is now on the blood banks to use these provisions to strengthen their mission to make available voluntarily donated blood for all patients. Together with the voluntary organisations, it is their responsibility  now to do enough to reach out to the community and motivate adequate number of voluntary blood donors.

We would like to congratulate and thank the Government of India, the Central Drugs Standard Control Organization and the National Blood Transfusion Council for these decisions.