Every time I hit youtube, I start exploring the videos that make your chest swell.. The videos that tell the tales of the India Security forces. last evening I started searching for some videos on Siachen Glacier. I wanted to see what really does on at 22,000 feet where our soldiers live in temperatures of upto -60 degrees. And in my quest to find out more about Siachen, I came across some beautiful videos that add to my pride for having born on this land.. Today I will share with you the tale of "Operation Meghdoot" . Operation Meghdoot was the name given to the pre-emptive attack launched by the Indian Military to capture most of the Siachen Glacier, in the disputed Kashmir region, precipitating the Siachen Conflict. Launched on April 13, 1984, this military operation was unique as it was the first assault launched in the world's highest battlefield. The military action was quite successful as Indian troops managed to gain two-thirds of the glacier with the rest remaining under Pakistani control.

The Siachen Glacier became the bone of contention following a vague demarcation of territory as per the Simla Accord of 1972 which did not specifically mention who had authority over the Siachen glacier. As a result of this, both nations lay claim to the barren land. In the 1970s and early 80s, Pakistan permitted several mountaineering expeditions to climb the peaks on the Siachen. This served to reinforce their claim on the area as these expeditions arrived on the glacier with a permit obtained from the Government of Pakistan. Indian sources claim that in many cases a liaison officer from the Pakistan army accompanied the teams. Since 1978, the Indian Army began closely monitoring the situation on the glacier and concurrently, India too had allowed mountaieering expeditions to the glacier, from its side. The most notable one was the one launched by Colonel N. Kumar of the Indian Army, who mounted an Army expedition to Teram Kangri peaks as a counter-exercise.

When Pakistan gave permission to a Japanese expedition to scale an important peak (Rimo peak) in 1984, it prompted Indians to do something drastic in order to secure the glacier. The peak, located east of Siachen overlooks the eastern areas of the Aksai Chin. The Indian military believed that such an expedition would provide a link for the western and eastern routes — the trade route leading to Karakoram Pass and China — and eventually provide a strategic, if not tactical, advantage to Pakistan Military. 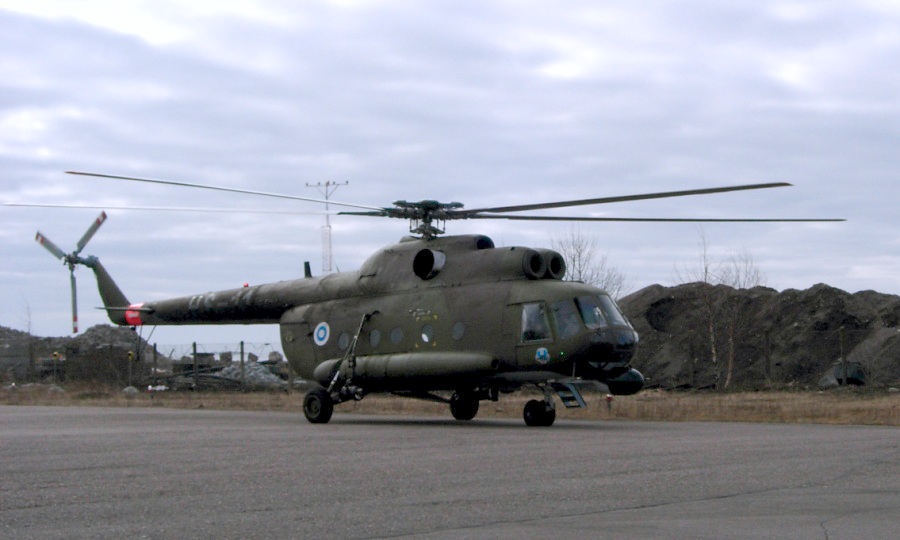 The Indian Military decided to take action to stop future expeditions from the Pakistani side and eventually to prevent Pakistan from staking its claim on the glacier. Accordingly, the Indian Military brought in the troops from Northern Ladakh as well as some paramilitary forces in order to send them up the glacier. Most of the troops had already been acclimatized to the extremities of the glacier after having sent them on a training expedition to Antarctica in 1982. Pakistan, meanwhile felt that the Indians were planning to capture key ridges and passes on the glacier after the Indian Army's mountaineering expedition and accordingly decided to launch its own troops on the glacier. However, according to one retired Pakistani colonel, Islamabad committed an intelligence blunder, ordering Arctic-weather gear from the same London suppliers, from whom the Indians too sourced their outfits. The Indians were soon informed about this development and immediately put their plan into action, providing them the all-important head start over Pakistan.

On April 13, 1984, the Indian Army made its move into the glacier to "defend the territory" and the peaks and passes around it when it launched "Operation Meghdoot". The operation was launched under the command of Lieutenant General P N Hoon, the then army commander of the Indian Army's Northern Command based at Udhampur in Jammu & Kashmir state of India. The operation was also based on intelligence inputs that Pakistan was also preparing for an action in these areas. Thus the operation pre empted Pakistani Army by about 4 days, as they were to launch the operation on 17 April 1984. Named after the divine cloud messenger (Meghaduuta) in a Sanskrit play, the operation involved the airlifting of Indian Army soldiers by the Indian Air Force (IAF) and dropping them in the glacial peaks. The IAF used planes such as the

Il-76, An-12 and An-32 to transport stores and troops as well to airdrop supplies to high altitude airfields. Helicopters like Mi-17, Mi-8, Chetak and Cheetah carried provisions and personnel to hitherto unscaled peaks. A total of 300 odd troops were soon up on the important peaks and passes of the glacier. By the time Pakistan troops managed to get into the glacier, they found that the Indian troops had occupied two of the three mountain passes in the glacier. Handicapped by the altitude and the limited time, Pakistan could only manage to control the only one of the passes and a third of the total glacier. This despite the fact that Pakistan's route to the Glacier were more accessible unlike Indian access to the Siachen, who had to rely on airdropping of its soldiers.

In his memoirs, current Pakistani president, General Pervez Musharraf states that Pakistan lost almost 2,331 km² (900 mi²)o territory. TIME states that the Indian advance captured nearly 1,000 sq. mi. of territory claimed by Pakistan.All the peaks and passes in the area were soon made into permanent posts by both countries to maintain a constant vigil. The number of casualties on both sides during this particular operation is not known.

By some Operation Meghdoot was seen as the blueprint behind the Kargil War in 1999 when Pakistan backed guerillas and paramilitary forces covertly occupied the Kargil region. It is said that Operation Meghdoot was the inspiration for this abortive operation in Kargil launched by Pakistan later in 1999. However it is worth noting that while India did not hesitate in using the full capacity of its air force and army in support of ground forces deployed in Siachen, Pakistan however refrained from doing so likewise in support of its forces deployed in Kargil. Almost all of whom were, as it is, irregulars and paramilitary. Despite this some obvious similarities do exist between Siachen and Kargil, including the pre-emptive nature and the tactical advantage to the person who holds the heights. But while Operation Meghdoot was launched on an area that provided scope for some amount of ambiguity, the Line of Control in the Kargil region was clearly marked and therefore India received more international sympathy during the Kargil episode.

The scroll of honour at Siachen Base Camp:

"Quartered in snow, silent to remain. When the bugle calls, they shall rise and march again."

My brothers and sisters, when you think of this land think of it as one. From Kashmir to Kanyakumari, nothing but one. We are born in a nation where the word freedom get's it's meaning defined. When I was a toddler enjoying my plastic gun, there were those who climbed vertical ridges of 500m to keep my country safe. While I cried on the event of the my plastic gun not working, they took the bullets on themselves as their weapons froze.

Must Read! - Column by a journalist about Siachen

Here are few excerpts from the column by Randip that i read today. I suggest you read the whole article! "I got an SMS that would take me to what proved in the end, to be the adventure of a lifetime, it simply read "Siachen trek for three weeks? "

"So every single soldier who sets foot on the Glacier, no matter what his religion, prays before OP Baba and vows to abstain from smoking and drinking during his stay here. Over the years OP Baba's shrines have sprung up at every post and the officer in charge of every detachment gives a proper military report to the Baba before and after every march."

"My overriding memory of the eight days I was on the Siachen Glacier is one of a sense of growing horror and suffocation."

"You arrive at your camp, perhaps the term is misleading for a collection of a dozen or so tattered smoke blacked tents is more apt. At camp the first thing to do is to quickly get out of your wet clothes and I do not exaggerate, you are literally drenched in sweat, once changed into dry clothes quickly get inside your sleeping bag. The kero heater fills your tent with fumes, in fact you soon begin to associate Siachen with the smell of kerosene. Your clothes smell of it, the water you drink, ice melted on a kero fire, there is no wood here, reeks of it as does your food."

"Imagine the tent, zipped up against the cold, 6 forms stacked up against one another in the dark, the mixture of kerosene, sweat and the increasingly stale air from 6 people, the sound howling wind outside. My breathing difficulties and the overpowering urge to run outside because of the feeling of being buried alive, all these caused me terrible anxiety attacks. After the first night I used to pop an avil after dinner hoping to sleep..it never came. "

"In Siachen each man is truly an island. It is a place where you are always alone, always fighting against yourself, willing yourself to carry on because there is no other way to explain to your mind or your body that you actually need to be here."

"So what did I learn from my 120 trudge through this frozen wasteland? only this the next time a soldier says to me "I served on Siachen," I will at least have some idea of what that man endured in the service of this nation. It's knowledge that horrifies and at the same time humbles."

"Once I got back to base camp the first thing I wanted to do was call up S and here I discovered what every soldier returning after four months in that frozen hell discovers, there are only two phone lines in the entire base camp and these are meant to service 5000 soldiers!

As I discovered the chances of connecting home are next to impossible. If you feel for those boys in Siachen please send a postcard to the army chief asking him to make sure a jawan who comes back from Siachen can at least call up home to tell his family that he is alive and well."