Shopping malls cater to the increased purchasing power of the people. Take the example of Mumbai, the economic capital of India, and a western part of Maharashtra with a small town called Navin Mumbai (new Mumbai) and a famous part of it called Vashi. Vashi stands out for its wide roads, well-planned residential blocks and huge, neat gardens. Most Vashi residents would rush to these gardens in the evenings to catch up with some fresh air, as well as gossip. But of late the gardens wear a deserted look as the crowds now throng to Center One, a newly opened seven-story steel-and-glass shopping mall near Vashi railway station. Similar is the situation in most of the cities and towns in India, let alone the metropolitan cities.

Indians love to shop. With the passage of time, the shopping has become more than just buying and selling of products. The shopping habits of Indians are something which set trends in the recent times.

Earlier, a large majority of Indians believed in the Spartan asceticism of the Father of the Nation, Mahatma Gandhi. But the new generation of shoppers - like their contemporaries worldwide - believe in living for today and splurging at the mushrooming malls over the weekends. These consumers, many of whom have been exposed to shopping trends in the West, are also more aware and discerning.

The popular saying-Consumer Is King- has assumed a whole new meaning in the present retail scenario as every step possible is being taken to satisfy the consumer's needs. It is to this end that the trend of specialised malls has also picked up in India. Malls like Gold Souk and the Wedding Mall have been conceptualized to cater to the specific needs of the buyer; so that he can find all possible brands of a particular segment like jewellery or trousseau under one roof.

There are several factors that have led to this extremely exciting phase in the Indian retail sector; the first and foremost being a younger workforce. Armed with vocational degrees and an enterprising spirit, the youth have started working at a much younger age these days, which in turn has had a spiraling effect on their ability to source finance for their lifestyle needs. With an increase in disposable income, the youth are now empowered to make decisions on what they wish to acquire and at what price. While a decade ago, the youth saved up to purchase essentials like a house or a car, today the younger generation is more prone to making impulse purchases. Usage of plastic money too has led to rise in average billing value on categories like personal care and recreation, thus leading to increase in demand for lifestyle products. Hence, it is common sight these days to see 20-somethings sporting enviable brands.

Another factor that has contributed to this retail boom is the changing role of women in society. The modern woman has begun to play a more active role outside of the house and with her being financially independent she can now splurge on products that she most desires.

The social fabric of India too has undergone a transformation over the past decade. With growing number of double income nuclear families, people are now spending freely on designer apparel, accessories and IT products.

One segment in the retail sector that has received great impetus from this changing socio-economic fabric is kids' retail. Often out of guilt of not having spent enough time with the child, parents shower their kids with expensive toys, games and designer wear. Such is the potential of this segment that industry experts believe that kids' retailing will soon touch the annual growth of 30 to 35 per cent. So now parents splurge heavily on international apparel brands and cool stationery to keep their tiny tots happy and satiated.

Another sector that is booming these days is that of personal care. Studies have shown that Indians have started being more conscious of their appearance. This trend has been seen across age groups, be it the youth, middle aged or the old. This has brought about drastic changes in lifestyles, right from the way people dress to the skin care brands that they use. Anti-aging products and hair care brands are among the most popular products in this category.

Other reasons for the ongoing boom in mall activity are the opportunity to retailers for a greater accessibility to real estate at affordable prices. Part of this is due to easier availability of bank and institutional finance. And in places such as Mumbai, the freeing up of much-needed real estate. This has happened with the many closed textile mills in the central part of the city now being allowed to exploit their real estate for other commercial purposes. Investors are attracted by the 14% returns in the malls business, compared to 11% in the office segment and 6% in the residential segment.

For the young crowd, malls have become areas in which to "hang out", to catch up with friends in stores like Cafe Coffee Days and Barista, each vying to be the Starbucks of India. There's also an entertainment factor, with more and more of the youngsters beginning to see shopping as an enjoyable pastime. Many of these are working women; the goods in the malls are now not only enticing but attainable as well. 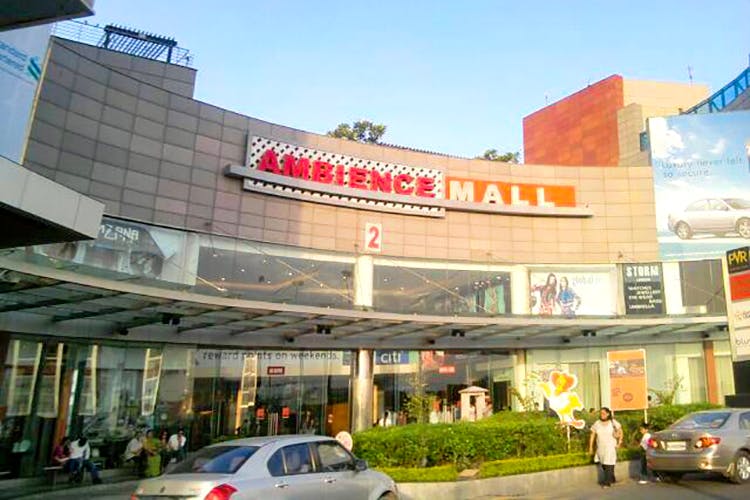 The anchors that first pull the crowds here - and at other malls all over the country - are as varied as they come. There are the US and European chains such as McDonald's, Lacoste, Pizza Hut, Benetton, Subway, Marks & Spencer and Mango. Their success has spawned the emergence of successful Indian chains such as Pantaloon, Globus, Shoppers Stop, Giant, Lifestyle and Big Bazaar. Stores named after popular branded merchandise also act as effective anchors. These include the likes of Tommy Hilfiger, Swatch, Arrow, Louis Vuitton and Nike.

Foreign mall operators cannot enter India as foreign companies are not allowed to own real estate in India. Companies like Nike, McDonalds and Reebok sell at mall outlets through their Indian subsidiaries or franchisees. McDonalds, for example, has appointed two master franchisees in India, and these in turn have appointed numerous sub-franchisees all over the country. A sub-franchisee, therefore, could open a McDonalds outlet either as a stand-alone store or as one of the many stores in a mall.

Making the job easier for the anchors is a gradual change in the Indian economy from a socialistic to a capitalistic one. This has led to a rise in the numbers of middle-class consumers, their wallets stuffed with more disposable income. According to one estimate, over the past three years, consumer spending has increased at a respectable rate of 12% per annum.

Prices form a very influential factor in the shopping habits of the mass market. Even with the factor of money playing an important role, luxury goods are gaining importance. Brands matter, especially in the important metropolitan cities like Bangalore, Mumbai, Delhi, etc. Mumbai, Bangalore, Hyderabad, Pune and New Delhi are expected to have nearly 75% of the retail space in the country. This phenomenon is not restricted to major cities of the country alone. It has percolated to the “Tier II” and “Tier III’ cities as well. The contribution of Tier II cities in organized retail sales is expected to be about 20 – 25%. Ambi Mall in Gurgaon and Great India Place in Noida, and many other examples can be stated regarding the same.

In order to increase the retail sector growth, the services made available are the mobile based services. Since mobile phones are extensively used, the services offered can be useful.

Asia has become the hub for the biggest shopping malls in the world.

I was doing either of

I was doing either of research looking at some other persuasive essay writing service and this is the fifth link to the search essay about as relayed by Google… so you are decent that you are dispense a free service for them and beautify their traffic. So if you purely support this then you should take the money but if your conclusion has carry at all and you’re against it then you should assumably remove them. But it's still yours to come to decision.