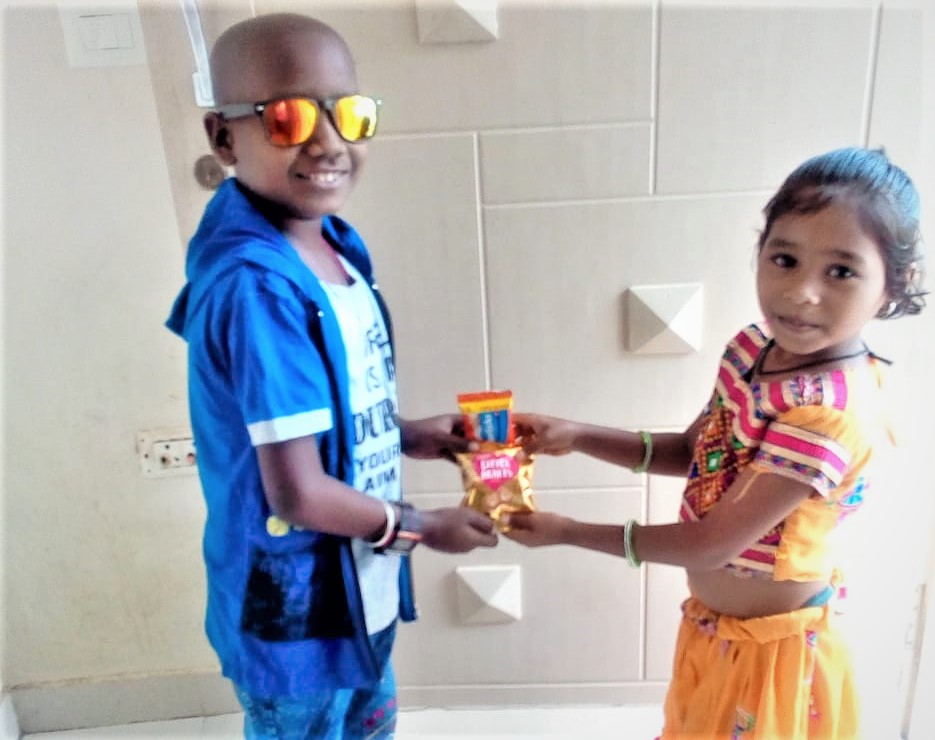 This is story of a family who fall into the economically weaker section of our society. Raju Hebbali and Ganga Raju Hebbali from Dharwad district were married to each other within the close family circle.  Raju was worked as a coolie who earning a very minimal amount and Ganga was a homemaker with no earnings. They lived in a small village in a very difficult situation.  Within 2 years of their wedding they were blessed with a baby boy and named him Yashwant.

When Yashwant was three months old, he started falling ill quite frequently and there were white patches all over his body. The parents took him to a hospital,where certain tests were done. The reports showed that his blood counts were very low. He was transfused blood immediately. This however was only a temporary solution. Later the family took him to KLE Belgaum for a check-up and the doctors advised the family for Thalassemia tests. These reports confirmed that he was a Thalassemic. He started receiving regular monthly blood transfusion at KLE, a centre providing good care for Thalassemia. The family could not understand the specifics too much. All they knew was that there was something wrong with him and he is getting treated for that. Every month the family travelled 25kms to KLE for blood transfusion inspite of their poor financial situation.

Few years later when they were in KLE hospital for a blood transfusion the parents met doctors and people from Sankalp who advised them to go in for a HLA typing test and then further on for a Bone Marrow Transplant. It was not an easy task to convince them as they were unsure of the end result. The tune of the finances also scared them. The medical team gave them the hope that the expenses will be taken care and Yashwant’s condition can change if the transplant can go well. The family agreed to go for a HLA typing test. As fate had it Yashwant and his sibling Khushi had a full HLA match. The family was overjoyed.

After months of preparation, the family travelled to Bangalore and was then admitted for transplant. Yashwant’s BMT was done and he slowly started recovering. It was quite challenging for the medical team to make the family understand and get used to the hygiene conscious setup of the bone marrow transplant unit and to maintain the same post the discharge from the hospital. For the family it was a long struggle but when they see Yashwant recovering their Joy and happiness is endless.