Chanakya's untied tuft of hair: The story behind it! 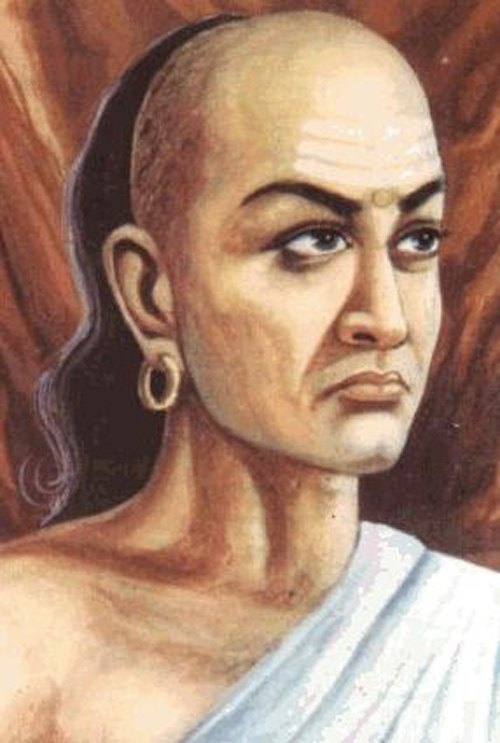 Chanakya entered the palace of the Nandas. He saw ten gold plates and thrones. He was told that nine were for the eight Nanda princes (who were brothers) and their father Sarvarthasiddhi. The tenth was for the most learned person in Vedas. It was occupied by Subandhu, whose incompetence was widely known. Chanakya sat down in the tenth throne. The nine princes and Subandhu entered the place and noticed Chanakya sitting on the throne. The youngest two brothers, Sukalpa and Dhanananda, asked him to get up and leave. Chanakya replies, 'I am the most qualified for the tenth throne. It is my right to sit on it. If subandhu defeats me in a literary debate, I will readily step down.' The princes become angry but Chanakya remains calm and continues his request for a debate. Sukalpa insults him by calling him a monkey but Chanakya continues to be calm and says that the duty of the king is obey the dharma. Since the tenth throne is to be given to the most learned man, it is dharmic that a contest be held. Further, Chanakya notes that he may be black like a monkey but scholars are noted for what is in them. The princes get angry and ask the guards to throw him out by pulling him by the tuft of the hair. At this instance, Chanakya takes the famous oath, 'I will not tie my tuft of hair until I uproot the whole Nanda dynasty and establish dharma in magadha. Rulers like you have spoiled Bharat. The tuft of hair which you arrogantly pull now will be like a serpent which comes back to bite you.' Hearing this, sukalpa orders him to be put to death. However, the minister subuddisarman intervenes and requests the king to forgive chanakya. Chanakya goes away and meet a worried chandragupta. Chanakya agrees that his life is in danger, and sets out in the direction of vardhamanapura. It is mentioned in most books that Chanakya acted this arrogant manner only to humiliate the nanda rulers who were running the kingdom as dictators and not as kings.