Some unique villages in India that inspire us

With over 60 percent of India’s population still living in villages, it is not an overstatement to say that the soul of India lives in its villages. Villages are peaceful, calm, green, and away from the hustle of city lives. However, Indian villages are also often plagued with lack of education, healthcare, sanitation, and regressive beliefs. There are however, several villages in India, which go beyond the stereotype, and define a league of their own. Here is a list of few unique villages in India which inspire us all –

Piplantri is a village located in Rajsamand district in Rajasthan. The villagers here plant 111 trees every time a girl child is born and the community ensures these trees survive, attaining fruition as the girls grow up. Over the years, people here have managed to plant over a quarter million trees on the village’s grazing commons – including Neem, Sheesham, Mango, Amla among others. 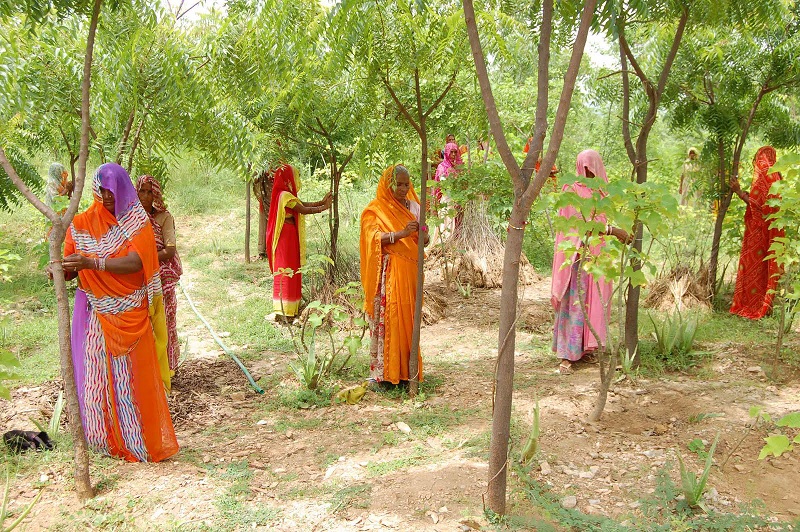 To ensure financial security, after the birth of a girl child, the villagers contribute Rs 21,000 collectively and take Rs 10,000 from the parents and puts it in a fixed deposit, which can be broken when she turns 20. To make sure that girl child receives proper education, the villagers make the parents sign an affidavit which also restricts them from marrying her off, before she attains the legal age for marriage. The initiative has also helped the village’s economy. To keep termites away from the trees, many of which bear fruit, the village has planted more than 2.5 million Aloe vera plants around them. Gradually, the villagers realized that Aloe vera could be processed and marketed in a variety of ways. So the community now produces and markets aloe-based products like juice and gel, among other things.

Hiware Bazar, situated in the Ahmednagar district of Maharashtra is India’s richest village. The village boasts the highest Per Capita Income in the country. With an overall population of 1,250, these villagers earn an average of Rs 30,000 every month. Out of its 235 families, 60 are millionaires. Prior to 1989, the village was facing several problems such as migration of the villagers to the nearby urban areas, high crime and scarcity of water. In 1990, after Popatrao Pawar was elected as the sarpanch (village chief), the village used funds from government schemes and launched a program to regenerate its natural resources. The village was modeled after Anna Hazare’s model village Ralegan Siddhi, another village noted for its environmental conservation initiatives.

Today, the village has 294 open wells, each brimming with water. Groundwater is not a problem anymore. The lives of villagers have transformed. With people coming back home from cities where they were working as labourers, the number of families here has increased from 90 to 235. Here, farmers collaborate instead of employing labourers, and everyone benefits. Two or three families are always seen working collectively in each other’s farms.

Dharnai is a small village with 2400 people. Located near Bodh Gaya in Bihar’s Jehanabad district, it didn’t have access to electricity. But a few years ago, the villagers took things in their own hands and changed their fate forever. With the help of Greenpeace, the village installed a solar-powered micro-grid, which provides 24×7 electricity to more than 450 households and 50 commercial establishments. The entire project cost them 3 crores, making Dharnai India’s first first fully solar powered village. 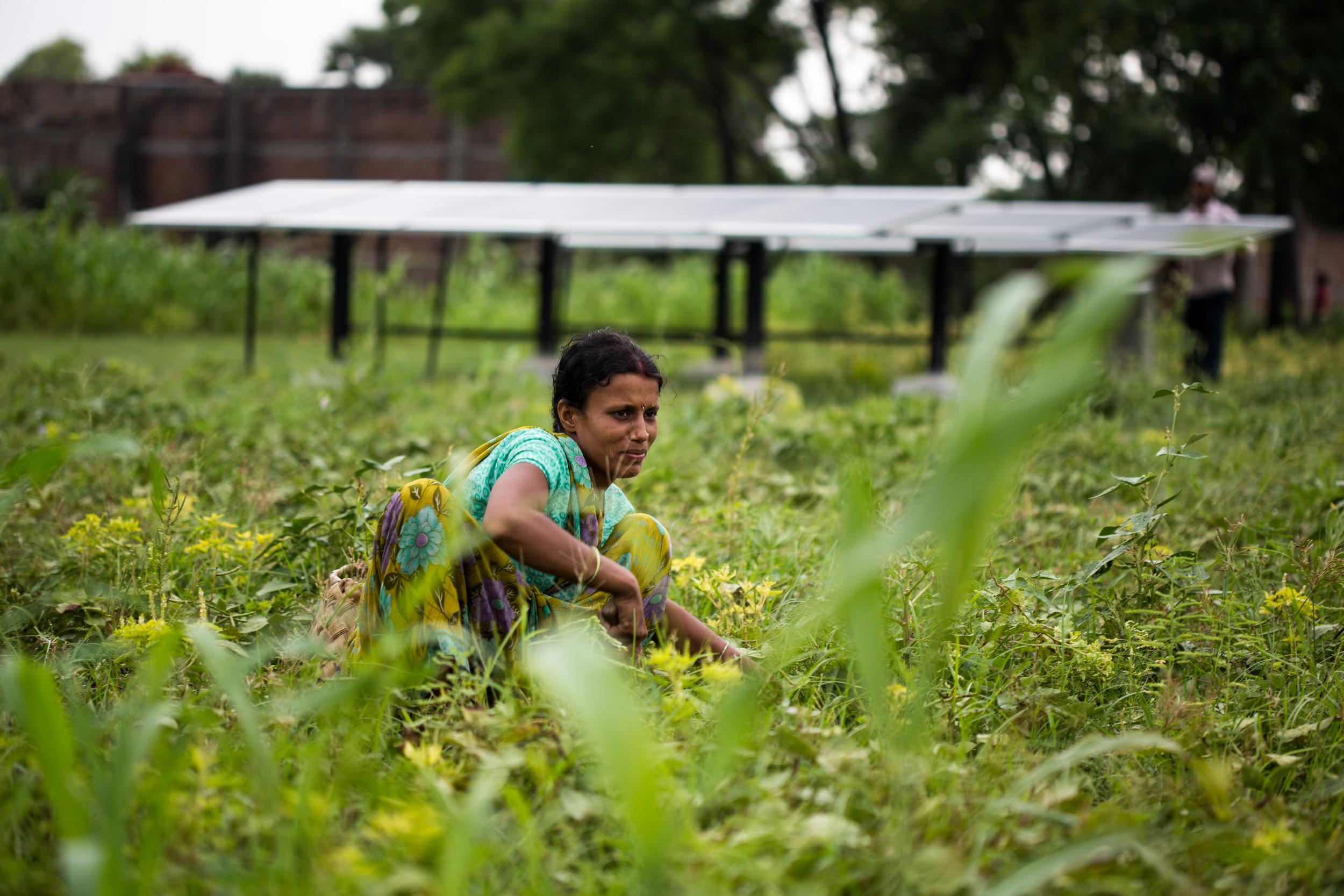 Since the time Dharnai declared itself an energy-independent village, students no longer have to limit their studies to the day time, women no longer fear stepping out of their homes at night, and small industries are prospering, as the village heads for a better, brighter future.

Shani Shingnapur is a village located in the Ahmednagar district of Maharashtra. A one of a kind village in India, and probably the world, Shani Shingnapur is famous for the fact that no house here has any doors. Residents of the village feel little need for security, thanks to their belief in special protection from the Hindu deity Shani, whose famous temple is located here. 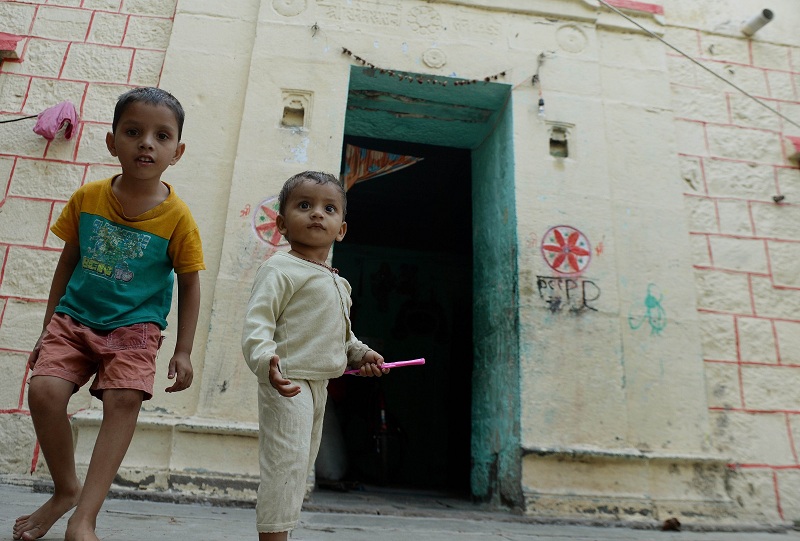 In January 2011, the United Commercial (UCO) Bank opened a 'lockless' branch in the village, the first of its kind in the country, taking note of the near-zero crime rate in the region. For centuries, no theft was reported in the village. Despite a few incidents of theft over the past few years, the belief and devotion of the villagers remain unshaken, who continue to live in peace and harmony in this ‘doorless’ village.

Punsari, a small village located in Gujarat, can put most metros to shame. From CCTV cameras, water purifying plants, air-conditioned schools, Wi-Fi, and biometric machines, this village has it all. Every home here has toilets. There are five primary schools, a primary health centre, proper street lights and a drainage system that functions. 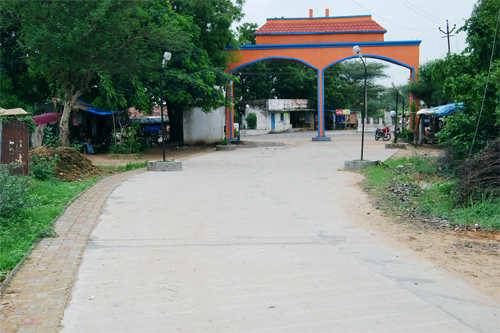 For communication purposes, 120 waterproof speakers have been installed, which are used by the Sarpanch to inform the people of new schemes and to make important announcements. The speakers are also used to play bhajans, shlokas, and slogans of Mahatma Gandhi. The panchayat has installed a reverse osmosis plant to ensure the supply of clean drinking water to the villagers. Drinking water taps are available for all. The village also has a proper sanitation and drainage system, which is completely underground. Interestingly, Punsari has not taken any additional funds over what was given to them by the government. The village has managed all its development from the grants provided by the various budgetary grants of the state and Centre.

Nestled in the pristine East Khasi Hills of Meghalaya, Mawlynnong is the cleanest village in Asia. The residents of the picturesque village of have learnt to live at harmony with mother nature. This village is located around 90 kms from Shillong, the community has made collective effort to maintain the ambiance of a clean village. The village offers picturesque natural beauty, a trek to the living root bridge at a neighboring village Riwai. The village also offers a sight of natural balancing rock, a strange natural phenomenon of a boulder balancing on another rock. As of June 2015 it had 500 residents. 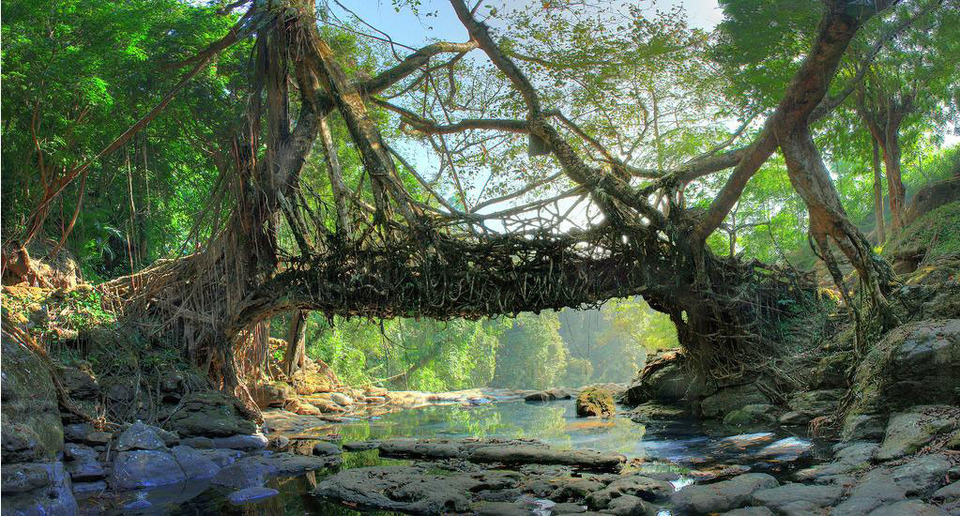 There are public toilets which the villagers themselves maintain and everyone takes part in the ritual weeding, sweeping and cleaning of the gardens and roads which happens every evening. Even the children are taught from an early age to keep their surroundings clean and they don’t hesitate to pick up the odd piece of garbage on the road and put it in the bin. The village is well supplied with an efficient localized water supply and sanitation system. The village has won accolade for being the cleanest village in Asia in 2003 as well as the Cleanest Village in India in 2005. The village also offers breathtaking view of Bangladesh plains as it is located on the Indo-Bangla border. The onus to keep the village clean lies with every person residing in the village. Local cleaning the roads, picking up leaves and throwing garbage in the bin is a very common sight. Bamboo garbage bins adorn every nook and corner of the village highlight the consciousness of cleanliness among the villagers. Cleanliness is an age old tradition and a way of life for all villagers. There are stylish bamboo dustbins everywhere and separate compost pits in various pockets of the village for organic and inorganic wastes. Polythene use is completely banned and so is smoking.