The highest mountain ranges in the world and geologically speaking, the youngest, the Himalayas offer some of the most spectacular landscpaes in the world. Among the high altitude wildlife reserves of the Himalayas comes the Great Himalayan National Park, located in the beautiful district of Kullu. The unique ecological aspects of the Western Himalaya led to the creation of the Great Himalayan National Park (GHNP). These features include biodiversity, sparse human populations, inaccessibility, little tourism, and a local economy based on traditional livelihoods. In 1984, the Himachal Wildlife Project (HWP) surveyed the upper Beas region to help establish the boundaries of the park. An area comprising the watersheds of Jiwa, Sainj, and Tirthan rivers became the Great Himalayan National Park. Starting from an altitude of 1,700 metres above mean sea level, the highest peak within the Park approaches almost 5,800 metres. The area of the National Park at the moment is 754.4 km² and it is naturally protected on the northern, eastern and southern boundaries by permanent snow or steep ridges.

Enlightened individuals in and out of government recognized the threat to the natural beauty and value of the Kullu Valley. In the early 1980s efforts began to protect the area and create a conservation site representative of the unique ecology of the Western Himalayas. Through surveys a region was identified in the Banjar Valley of the Kullu district which was sparsely populated and had sustained minimal human impact. 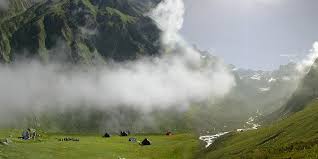 This 754.4 sq. kms. area eventually became the Great Himalayan National Park (GHNP). Globally, as well as locally, the Great Himalayan National Park has a very high public profile. The international community regards at it as a pilot site where the community based Biodiversity Conservation approach is being tested. GHNP is a major source of water for the rural and urban centers of the region with four major rivers of the area originating from the glaciers in the Park. It is also a source of sustenance and livelihood for the local community living close to GHNP. In addition to lumber, the forest environment provides local people with Non- Timber Forest Produce (NTFP) such as honey, fruit nuts, bark of birch and yew, flowers and fuel wood.

The Park has a diversity of zones with their representative flora and fauna, such as alpine, glacial, temperate, and sub tropical forests. These biogeographic elements are result of geological evolution of Himalaya which continues today from the action of plate tectonics and continental drift. 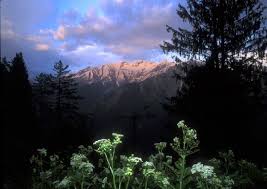 Lush coniferous forests, emerald meadows strewn with exotic flora, soaring snowy peaks and pristine glaciers make for an ideal Himalayan retreat. The Great Himalayan National Park is home to more than 375 faunal species. So far, 31 mammals, 181 birds, 3 reptiles, 9 amphibians, 11 annelids, 17 mollusks and 127 insects belonging to six orders have been identified and documented. Most of the Himalayan fauna has been given protection under the high priority protection category of Schedule I of the Indian Wildlife (Protection) Act, 1972. The state government of Himachal Pradesh has banned hunting in the state for more than ten years: The ban continues. A trek of 35 to 45 kms. in any of the Park's valleys brings one into the high altitude habitat (3,500m and above) of animals such as blue sheep, snow leopard, Himalayan brown bear, Himalayan tahr, and musk deer. Best sightings can be made in autumn (September-November) as animals start their seasonal migration to lower altitudes. 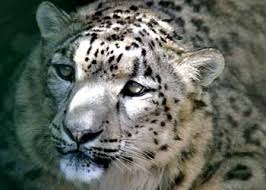 The secluded Sainj and Tirthan valleys are home to a plethora of fauna - wild mountain goats like the bharal, goral and serow, the brown bear and predators like the leopard and the elusive snow leopard. Different varieties of pheasants - monal, khalij cheer, tragopan and other exotic Himalayan birds can be found in the region.

In addition to Central and State government, local people and non-governmental organizations (NGOs) are all participants in the process of creating and maintaining a national park. Even with the complexity of so many players, often with different agendas, the creation of GHNP represents a commitment to protect a unique area of the Western Himalayas.GHNP has invaluable rare and endangered species. The Park preserves examples of many ecosystems that have become rare elsewhere in the Himalayas. 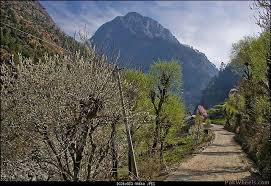 It will take much time and effort to understand the intricate workings of these ecosystems. If they are not preserved and studied now the unique forests, subalpine shrubberies, and flowery alpine meadows could be destroyed, along with the many animal species that are dependent on them.As the 21st Century dawned, GHNP became an official reality under the Indian Wildlife (Protection) Act. Globally, India's special ecology places her as one of 12 countries with mega-biodiversity and with unique flora and fauna. GHNP protects one of the major ecological zones, the Western Himalayas, for the people of the world.