Hemanth - The Boy Who Brought Smiles 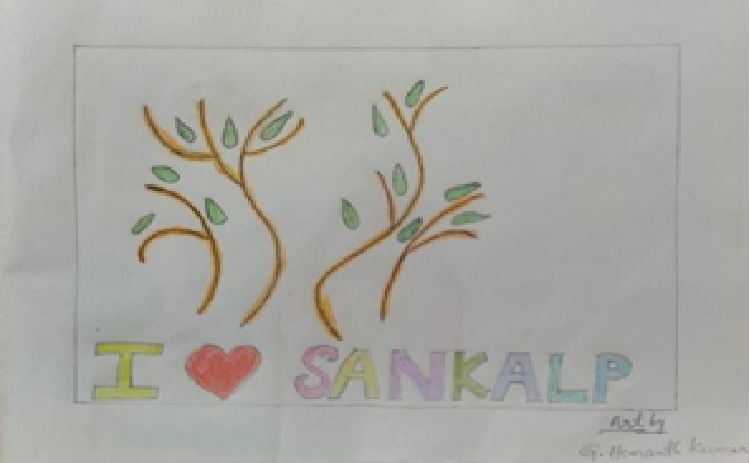 The birth of a baby boy on February 3, 2011, came as a blessing to the Gadmur family living in the village of Mandaddi, in Waddepalli Mandal of Mahabubnagar district in Telangana. Born after a lot of prayers, little Hemanth was the darling of his parents, Laxmidevi and Bhaskar. He was considered to be the lucky charm of his family, as they welcomed a baby girl – Sankeerthana, just over a year later.

But little did the family know that their peaceful, calm     life in the village was about to take a turn for the worse. In a few months, Hemanth started displaying signs of weakness, pale skin, continuous vomiting etc. At the local Primary Healthcare Centre (PHC), the doctors initially believed it to be a normal illness that could be treated with basic medication available.

When taken to a town for a better diagnosis, they were told that due to the low blood count, he would need a blood transfusion, but the doctors there were still uncertain as to the underlying cause. After the first transfusion, the boy became better, and his relieved parents promptly took him back to their village. But their relief was short-lived, as his symptoms continued to persist.

He was then taken to a large city, where they came in contact with the Thalassemia Sickle Society. Here, he was finally diagnosed to be suffering from Thalassemia, a serious genetic blood disorder. The only cure for this condition is a procedure known as Bone Marrow Transplant (BMT), which is highly expensive and beyond the financial reach of the family. Fortunately, through this society, they caught the attention of the Sankalp India Foundation, which had the means and facilities to treat the unfortunate children suffering from this condition, without burning a hole in the pockets of the parents. An HLA typing test was done, and it emerged that his sister, Sankeerthana, was found to be the perfect match for the transplant that he needed.

As the treatment went underway, everyone who interacted with Hemanth was captivated and drawn in by his infectious smile, cheerfulness and indomitable spirit that no obstacle could seem to hold back. At the unit, one of the staff members, to lighten the mood of the boy, told him that having a positive attitude would ensure a rapid recovery and early discharge from the hospital. From that moment on, it seemed as if Hemanth had become the very embodiment of positivity and happiness, which was capable of brightening the days of even the nurses and doctors attending to him. He also shows great interest in drawing and has also drawn a few images for our play area. The BMT was successfully done on September 11, 2021, and he was discharged in October 2021.

Though Hemanth is yet uncertain about what he wants to accomplish in his life, what can be said for sure, is that our collective wishes are with him, and we hope and pray that he recovers completely and achieves everything that he sets his mind to.

When he got discharged, he made a simple yet beautiful drawing showing how much he loved the people here and the care and love he was given. Even today, at his follow-up sessions, we get a chance to catch up with this boy, and he is as courageous and inspiring as ever. It is real-life examples such as this one, which sustains our energy and constantly motivates us at Sankalp, to give a shot at a better life for many children like him.