The cheers for the regular blood donors is that now they can choose to donate selective components of blood too. Get to know more about the process of donating platelets selectively.

By donating your platelets through platelet apheresis (ay-fer-ee-sis), you give a very special gift of life. Most patients undergoing a treatment for dengue, bone marrow transplant, surgery, chemotherapy, radiation treatment or organ transplant need platelets in order to survive. In fact, doctors are finding that platelets play a vital role in more and more new therapies. With just a five-day storage life, platelet donations are delivered quickly to the patients who need them. Platelet donors have the satisfaction of knowing that their donation will be saving a life within just a few days.

What is Platelet Apheresis?

Until recently, the only way to collect enough platelets for a single transfusion was to take blood donations from 5 to 10 donors, separate the platelets from the other blood cells, and combine the platelets to obtain a large enough quantity for transfusion. Today, sophisticated medical equipment — blood cell separators — can collect enough platelets for transfusion from a single donor. Using a technique called apheresis, blood is drawn from the donor's vein into an apheresis instrument, which separates the blood into separate portions by centrifugation. By appropriately adjusting the instrument, a selected portion of the blood, such as the platelets, can be recovered, while the rest of the blood is returned to the donor either into the same vein or into a vein in the other arm. This process takes more time than whole blood donation, but the percentage of platelets is much greater. It is a simple, safe process — very much like regular blood donation. In fact, your body starts replenishing platelets immediately after your donation. Within 48 hours, your body's platelets should be completely replenished.

Why Are Platelets Needed?

What is involved in the process?

By using a special method called apheresis, whole blood is separated into components, and the platelets are removed. Specially trained staff conduct the procedure while you relax, watch TV or read. The entire process takes about two hours.

Who can donate platelets?

Unfortunately not every one who is a blood donor can give platelets. 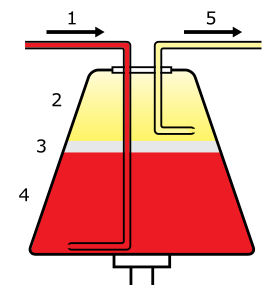 A cuff is placed around your arm, the skin cleaned and the donation needle inserted.  Blood samples are taken at this stage for testing in the same way as whole blood donations. Additional tests carried out for platelet donors are to check your general state of health, in particular, to check your platelet count and to determine your tissue type (so that your platelets can be matched to those of a particular patient if needed). During the procedure, blood is withdrawn, mixed with anticoagulant to prevent clotting and processed by spinning to separate the platelets. The rest of the blood is returned to you, which is why it is safe for you to donate at a much higher frequency than whole blood (as often as every 2 days). During the procedure, any white cells that remain in your platelet donation are also removed as these could cause problems in a patient despite being harmless to you.All the tubing that blood comes into contact with is sterile and disposable. There is, therefore, no risk of 'catching' any infection. Also, during the return of your blood, air detectors ensure that none of the sterile air present in the collection gets passed into your vein. If a detector identifies air, the machine will automatically shut down and can only be restarted when the air has been removed. While you are donating you will be monitored and cared for by qualified staff supervised by nurses. You can read, chat to the staff or relax and you will be offered refreshments. When the procedure is completed the needle(s) will be removed and a dressing applied to the venepuncture site(s). Following the donation, which should take approximately 90 minutes, you will be able to take a well earned break and enjoy some more refreshment if you wish.

How often can I donate Platelets?

Because platelets are quickly replenished by your body, you can donate platelets as frequently as every 48 hours, but no more than 24 times a year. Additional restrictions vary, however, depending on the donation center, type of procedure used, and your donation history.

How do I Get Started Donating Platelets?

Please fill up the form on the following link: http://www.sankalpindia.net/drupal/enroll-voluntary-blood-donor