Thank you ISBTI and Sri Jayadeva Institute of Cardiovascular Science!

Sankalp India Foundation was awarded for Excellence in Voluntary Blood Donation at the Transcon 2019 - the 44th Annual Conference of Indian Society of Blood Transfusion & Immunohaematology on 3rd November 2019 at Jalandhar Punjab. We thank ISBTI for the honour. We also take this opportunity to congratulate and thank colleagues at ISBTI Karnataka who have been very active in strengthening voluntary blood donation movement.

Sri Jayadeva Institute of Cardiovascular Science and Research confers Humanitarian Award upon Team Sankalp on Mahatma Gandhi’s 150th Anniversary. Celebrating the 150th birth anniversary of Mahatma Gandhi on 2nd October 2019 by recognising the contribution of 4 individuals and 4 organisations to greater good by conferring upon them the Humanitarian Awards. In recognition of contribution to voluntary blood donation movement, thalassemia and for the work done in bone marrow transplantation, Sankalp was honoured to be among the organisations which were selected to be the recipient of this honour. We thank Team Jayadeva for the continued collaboration, support and encouragement . 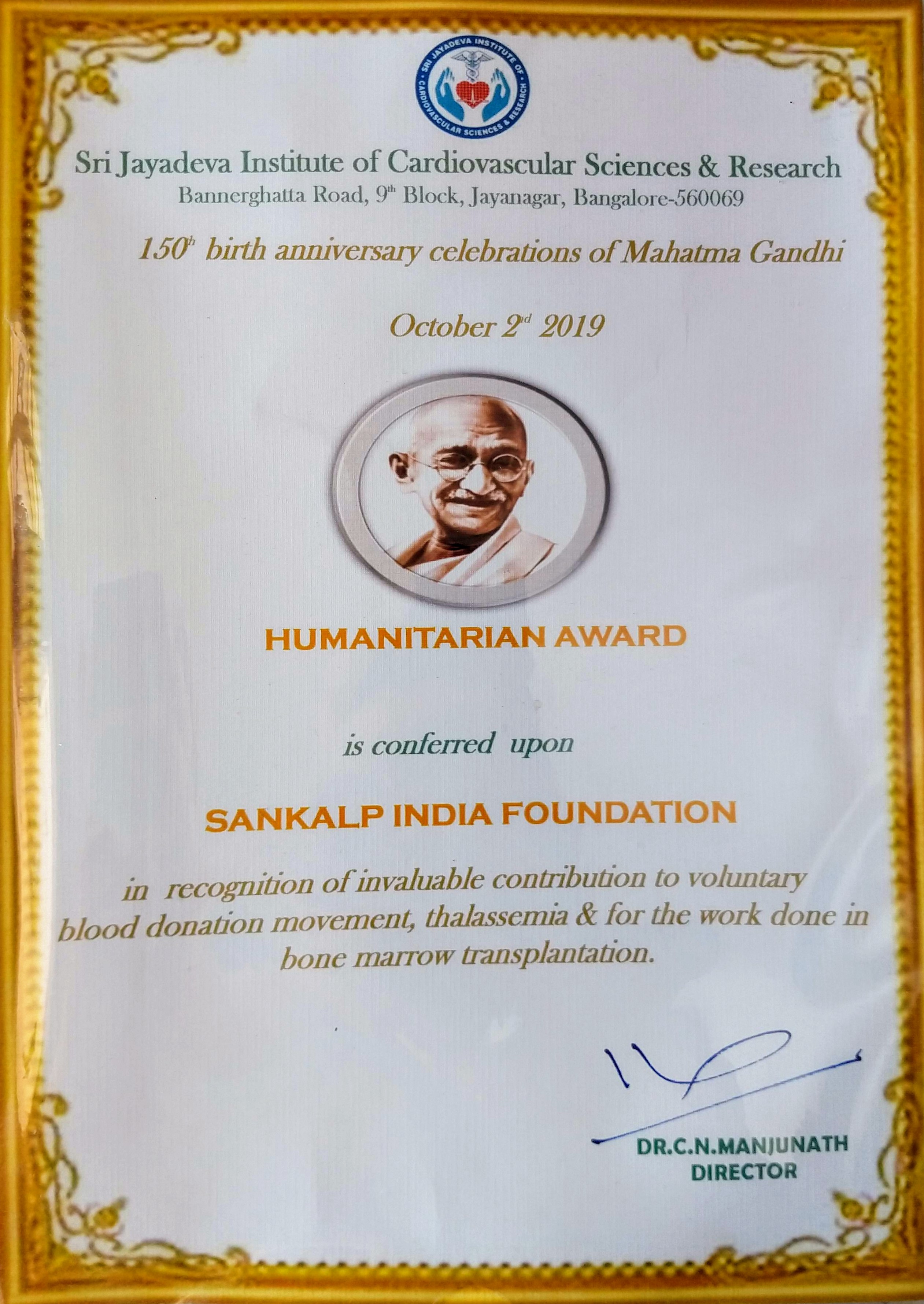