Blood brother: Meet the Bengaluru man who travelled to Chennai to save a pregnant woman

Aditya Hegde was born with a very rare blood group, HH negative, which is found in one in 10,000 Indians. 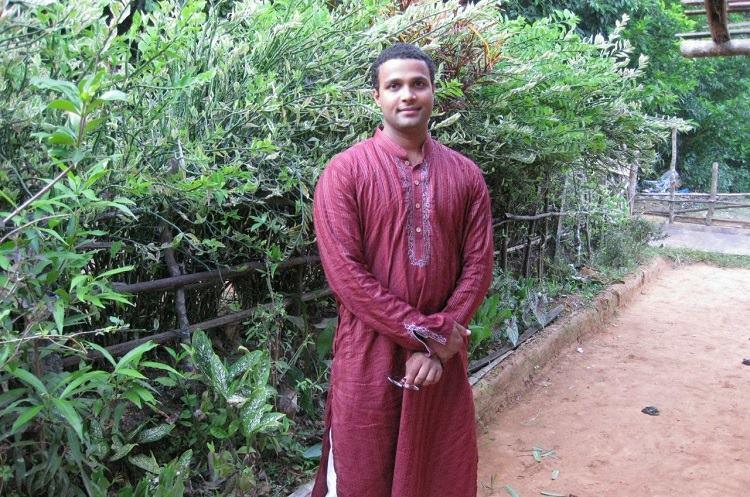 Aditya Hegde is used to receiving phone calls from across the country asking him to donate blood. But the call he received on December 18 was one of the more urgent ones – a 21-year-old pregnant woman’s well being was on the line in Chennai. Aditya was born with a very rare blood type – HH negative, also known as the Bombay phenotype – which is found in one in 10,000 people in India and in one in a million people in Europe. It was a no-brainer really for Aditya. The 34-year-old quickly booked himself a ticket to Chennai. He quickly went to the Government Hospital for Women and Children in Egmore, where the woman was admitted. Aditya donated one unit of blood on Monday and was back at work in Bengaluru on Tuesday. 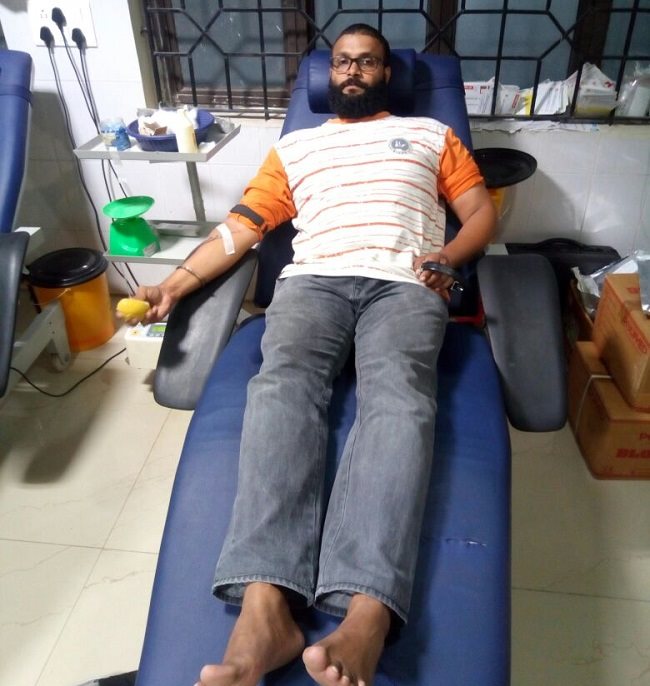 Since 2000, he has donated blood 55 times and not just in Bengaluru – his recipients have hailed from Delhi, Hubli, Shivamogga, Pakistan, Malaysia and Sri Lanka. “Most of the times, I do not even get to know who is the recipient of the blood I donate, especially if it’s in another city. Usually the blood is taken here in Bengaluru itself. It has a shelf life of 35 days and is couriered in an ice box to the particular hospital and recipient,” Aditya explains. He has donated blood to tumour patients, cancer patients and pregnant women. He is in touch with Sankalp India Foundation, an NGO which connects those in need of blood to donors. The Chennai woman, it appears, had been told after her first delivery two years ago that she may require a blood transfusion the second time around. The hospital had advised her to come a fortnight prior to her delivery date so they could withdraw her blood and preserve it in case she needed it later. But the woman did not do so, which created the emergency requirement. “The woman was able to deliver a healthy baby girl and is out of danger. Srijit Narayanan told me,” Aditya smiles happily. Srijit, a Times of India employee, had reached out to Aditya about the emergency blood requirement. As happy as Aditya is that he was able to save her life, sometimes, he feels scared too. “This is such a rare blood group. I wonder what would happen if I am in a situation where I need blood,” he confesses. But he laughs it off quickly. “When I started donating blood 17 years ago, I didn’t know I had the Bombay blood group. It was only in 2004 that I discovered that it was HH negative. I never saw donating blood as a duty because of my blood type. It was just something I wanted to do and intend to continue doing as long as I can.” The Bombay blood group First discovered in Bombay (now Mumbai) in 1952, this is an extremely rare blood group. Red blood cells (RBCs), white blood cells and the plasma come together to form blood groups. On their surface, RBCs carry markers, with which the plasma interacts. While RBCs have antigens, the plasma has antibodies. The antigens can be A or B or both. If the RBCs have antigen A, the plasma will be the B antibody or the other way round. These determine if the blood type will be A, B or AB. If the RBCs have neither antigen A nor B, the plasma has antibodies of both, and the blood type then is O. There is another variable called the Rh factor which determines the ‘positive’ or ‘negative’ marker in the blood type. If the RBCs have Rh factor on their surface, the blood type would be positive. If the Rh factor is absent, the blood type would be negative. It is the interaction between the RBCs and the plasma which sets apart a blood type and is important for a robust immune system. Where does the HH blood type come in then? There’s a master antigen H, which is present in all blood groups. This antigen is needed to generate A, B, AB and O antigens. But when the antigen H is absent from the cell and only its antibody is present in the plasma, it leads to the occurrence of the rare HH blood group. The HH blood type is a result of extensive inbreeding in close-community marriages which limit the gene pool. It is therefore possible that people with the Bombay blood group have common ancestral roots.

Link
Blood brother: Meet the Bengaluru man who travelled to Chennai to save a pregna…
Sankalp Unit
Emergency Wing