Should Professional Blood Donors be Jailed? 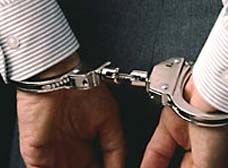 Professional blood donors may soon find themselves behind bars. According to the National Blood Transfusion Services Act 2007, being prepared by the Union health ministry, those donating blood in exchange for money may face rigorous imprisonment for three months and a hefty fine.

At present, even though buying and selling of blood is banned, thanks to a landmark Supreme Court judgment on January 1, 1996, the business of paid blood donation continues unabated.

Naco director general K Sujatha Rao, who heads the committee preparing the Act, told TOI, "Finalising the Act, which will look to completely wipe out paid blood donation, will take another 8-12 months. We have recently circulated a draft for comments from all stakeholders."

Speaking to TOI, Manmohan Lal Sarin, legal advisor to the Indian Society of Blood Transfusion and Immunohaematology, said this was a genuine lacuna in the law. Even though the SC banned paid donation, it did not stipulate any punishment, he said.

"Those involved in paid donation pose as relatives of the patient. Such people are threatened when caught or beaten up. But they can't be put in jail. According to the new Act coming up, such commercial donors will face a three-month jail term and a Rs 3,000 fine. The licences of blood banks will also be cancelled if found guilty," Sarin said.

"There are ways to identify paid donors. They will have multiple puncture marks on their arm and low haemoglobin. That's because professionals donate every week while due to the timeframe required for iron replacement, donors are supposed to donate once every three months."

The Act also calls for the setting up of an independent Blood Transfusion Authority, to monitor the collection, storage, distribution and supply of safe blood in the country. At present, the drug controller general of India works as the regulatory body. Union health secretary Naresh Dayal said, "The legislation to bring blood collection and distribution under a single regulatory umbrella will be in place in a year's time. BTA will be an autonomous body."

Health minister A Ramadoss said BTA would help improve the quantity and quality of blood collected in India through voluntary donation. "The Act will provide punitive measures against those violating blood collection, storage and transfusion rules. Blood collection has to be voluntary. At present, donor screening is not carried out to eliminate paid donors. BTA will be functional in three years time," he said.

Oh Yes they should be!

As far as the govt policy is concerned, it sounds amazing! But but but.. anyone who has read the National blood safety action plan 2003 will have a serious doubt on these issues. The govt has in the past too drawn out flowery policies and decorated them in line with the best in the world, but reality bites!! Very few of the planks of the earlier policy are anywhere close to implementation and here is a new policy. I hope these administrators focus more on implementation of the known things rather that spend all the time in the world to find out what is the next right thing to be done.

NO.. Every proffesional doners should not be jailed........

No every one who donates blood for money should not be jailed bcz see some people will be there who are really in need of money,for their realtives operation or else they will be having some problems related to money,so what they will do is they donate blood and take money,What we call these persons as proffesional doners.......

Many other mean to earn money

There are many differnet mean to earn money for a person who is need of money.  Donating Blood is a voluntary work which should be done with no interest of any return. Its a a pure voluntary and should not be diluted for any damm reason.