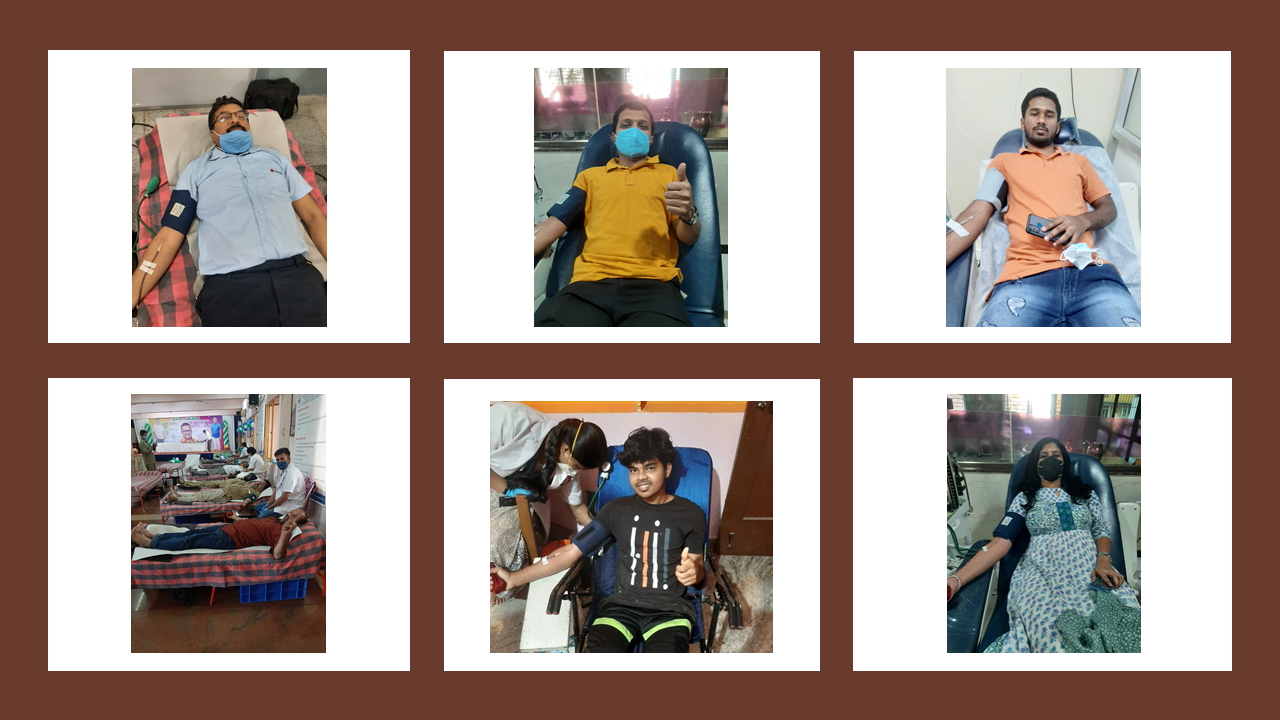 The months from Dec 2021 to Feb 2022 was when the 3rd wave of the COVID-19 pandemic rocked India. While the intensity and impact was not as severe as the earlier instances, the effect it had on blood donation was nearly the same - people were just too afraid to donate blood. This again had terrible consequences for people with chronic blood needs.

Yet, keeping the movement on is crucial. Some heroes did stand up to the challenge and together we were fortunate to have organzied more than 10 blood donation drives in this period. While the drive with Peace Auto Association had several cab and auto drivers donate blood, public camps at various other places in Bangalore led to decent collections of 20-30 units of blood. One such event was organized by the fan club of a leading movie actor.

Volunteers from Utthistha Bharat donated blood in large numbers on India's Republic Day at Sankalp's first thalassemia day care facility in Indira Gandhi Institute Of Child Health. Camps were also held in blood banks of other day cares in Bangalore and the transplant facility at CIMS with volunteers coming dropping in with good enthusiasm.

Apartment complexes both in Bangalore and Ahmedabad, notably VRR Nest in Bangalore had motivated residents come in to donate blood. A blood donation drive was also organized at Suprajit Industries at Bangalore. This drive saw more than 80% first time donors donate blood, with most donors in the age group of 20-30.

In these 3 months, a total of 400+ donors turned up and nearly 330 donors donated blood. The response is a massive shot in the arm for our teams to continue to seek more units of blood donated by voluntary donors to be available on the shelves of blood banks.